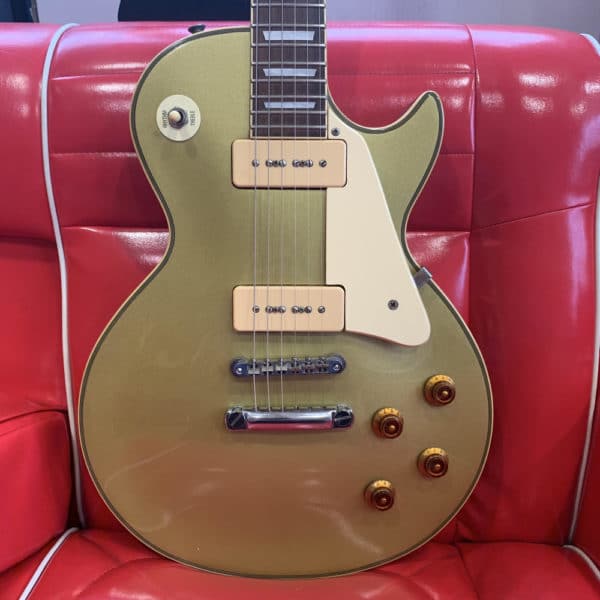 Only 1 left in stock

Built by Hohner in the early 90s, these guitars were originally crafted in Japan until 1992 where production moved to Korea where this model was built. Production was halted in 1994 after a lawsuit from Gibson so this particular Les Paul copy is hard to come by and not one you want to miss out on.
Beautiful gold top finish with stained maple body and neck and original hardwqare give this guitar a great look. With P90 pickups instead of standard Les Paul humbuckers this guitars tone is differentiated really nicely from the countless other Les Paul lookalikes.

You can find out more about which cookies we are using or switch them off in settings.

This website uses cookies so that we can provide you with the best user experience possible. Cookie information is stored in your browser and performs functions such as recognising you when you return to our website and helping our team to understand which sections of the website you find most interesting and useful.

Strictly Necessary Cookie should be enabled at all times so that we can save your preferences for cookie settings.

If you disable this cookie, we will not be able to save your preferences. This means that every time you visit this website you will need to enable or disable cookies again.